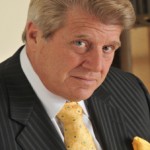 Bobby Guarino has appeared in a variety of television, theater and film productions. His guest star performances, include “Rescue Me” (alongside Dennis Leary), “One Life To Live, As The World Turns”, and “Important Things”, with Demetri Martin. Other stellar performances include “Law & Order”, “The Sopranos”, and the recent lead role in the award winning indie film “Crossroads”.

Bobby’s abrasive demeanor coupling with his native Brooklyn accent bring forth a unique “rough around the edges” persona used effectively in a broad range of roles both comedic and serious. From the endearing neighborhood guy to the swaggering tough guy this New York actor’s ability and technique bolster performances worth seeing.