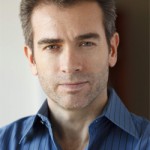 Bryant began his acting career as Dracula in “Bram Stoker’s Dracula” and followed up with the role of Elvis in Steve Martin’s “Picasso at the Lapin Agile”, where he won a Crystal Award for Best New Actor. Up to the present time he has starred in multiple film and TV projects including, most recently, the feature film “Audition”; as well as embodying the lead roles of Johnny Gaeta in the TV pilot “Precipice”, Jimmy Joste in Investigation Discovery’s “Scorned: Love Kills”, and Marcus Taylor in “The Scarlet Sword”.

He was born in Holland and grew up primarily in the Midwestern U.S., served 10 years as an active duty U.S. Navy pilot and another 10 years as an airline pilot for Jetblue Airways. Somewhere in between, he absolutely fell in love with acting, trained and worked extensively in New York City, and is now based full-time in Los Angeles.