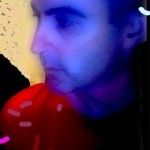 Craig Slon is a New York-based Composer (specialized in classical and contemporary classical music), and a seasoned Audio Engineer with a vast experience in voice/audio recording as well as in sound editing for animation and live action; having knowledge, craft and access to the latest recording studio technology. He recently has worked in the artistic short film “Sing for Hope: Pop-Up Pianos” and “Grandmaster of 108”, an explosive short documentary about NYC skateboarding legend Andy Kessler.

In parallel, he has recorded numerous classical music ensembles, many of which have been performed in Spain, Denmark, Australia, and Peru; and has a credit as mastering engineer on the contemporary classical label Innova. Besides, Craig Slon has experimented with the resonant signatures of glass, metal, wood, plastic and ceramic materials in the context of electro-acoustic music, and has investigated the role of audio recording in paranormal phenomenon. Some electro-acoustic music collaborations with dance have been performed in the United States, Mexico, Scotland and China.