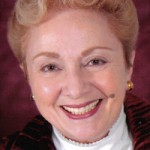 Harri Molese is a New York actor who has performed principal and featured roles in films, TV, commercials, industrials, webisodes, infomercials, music videos and print ads. Among her credits she has had featured and main roles in the independent feature films “Shankman’s Deli” and “For Never”, as well as in the independent short films “In the Bag” (a PBS Winning Short Film), “Remembering Susan”, the Japanese feature film “Manhattan Diaries”, and the Italian-American family-based film “La Mia Famiglia”. By the way, coming herself from an Italian-American background, she laughingly says she is okay with playing a teasing “Rocker Grandma” in the intense, hardcore action thriller “CIRCLE”.

On TV, Harri has brought her comedic sense of humor and playful spontaneity to “The Daily Show” with Jon Stewart, the CBS-TV episodic “Love Monkey”, and the Primetime ABC-TV series “What Would You Do?” with John Quiñones. She recently worked on a new comedy feature film starring Vince Vaughn scheduled for release in 2013. Above all this, as interesting as it is, CNN-TV has actually done a story about this lovely actress.