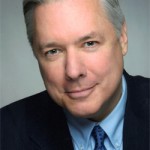 Mark Hamlet was born in Rockville Centre, Long Island, New York. He grew up in Uniondale and then moved to New York City in 1977. He attended Adelphi University in Garden City on a full-tuition drama scholarship, graduating with a B.A. in Theater Arts. Beyond doubt, Mark has been an actor all his life. You can see him as Kirsten Dunst’s father in “Mona Lisa Smile”, opposite Charles Durning in “Dead Canaries”, and even naked in “The Guru”, starring Jimi Mistry. His most recent leading role Off-Broadway was in “Secrets” at the St. Luke’s Theater.

For twelve years he worked for Plays for Living, a theater company specializing in social issue dramas for schools, churches and corporations nationwide. He also played the Archbishop of Canterbury for two seasons at the “NY Renaissance Faire”. Check out his website for updates: mark-hamlet.com.