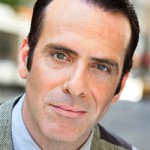 Mike Adler was born September 12, 1962 in Lynn, Massachusetts. After spending the first 5 years of his life living on the coastal island of Nahant in MA, his parents decided to return the family back to their hometown of Brooklyn, New York. Brooklyn would become and still is the place he truly calls home.

As part of his education he studied Drama, Voiceover, Production, and Post Production at New York University (NYU), and he currently studies at Susan Batson Studios with the acting teacher/coach Stuart Burney. Besides prior acting credentials, he lately joined the cast of the webseries “Mob on the Run” as Crazy Frankie Santori, and can also be seen playing the lead role in the most recent “Zipmark Commercial”. His serious yet playful approach to acting has produced an ability to draw from a deep well of both light and dark moments experienced throughout his life’s journey.