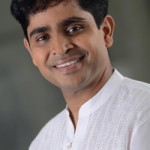 Ratnesh Dubey is a New York-based actor and comedian. He has extensive experience as an actor both in Film and Stage; and as a comic, he has performed Stand Up at clubs (such as Carolines, Comedy Cellar and Gotham to name a few just in NY) and prestigious colleges all across the country.

He is originally from Mumbai, and has lived in the United States for over fifteen years by now. As a good consequence, Ratnesh is well rooted in Eastern values and yet well immersed in Western culture. This cultural perspective renders a unique style and gives a wide range to his acting choices. While Ratnesh is known for his animated expressions and comedic timing, he is equally strong with dramatic roles. By being a comic he regularly writes, thus he can be relied greatly or improvising in any acting part. His high energy presence enlivens any scene; and his friendly nature and positive attitude makes him a delight to work with.