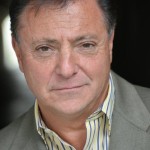 Thomas Bruno, who is quite obviously of Italian descent, was a NYC Firefighter for twenty years and took part in the rescue/recovery efforts after the events of 9/11. He retired in 2002 and since has concentrated more on his acting craft. Nowadays he brings his expertise in the field of Firefighting and Police work to film and TV. He was a core regular as well as principal on the series “Third Watch” for its seven-year run. He has about 7 episodes of “Law & Order S.V.U.” and the regular “Law & Order” where early roles were the ones of a Police Officer and an ESU Officer. There he ended up with a recurring role as Fire Chief Daniels and Firefighter Wilcox.

As of late he has been an FDNY Technical Advisor on the TV show “NYC 22”, the upcoming film not yet titled but called up to date “Jack Ryan Project”, and the TV Show “Elementary”. He also has a principal/stunt role of a L.A.P.D. Cop in the awaited feature film “Spector” starring Al Pacino. In like manner he will be seen in the upcoming pilot “Gun Hill” in which he plays a stunt role combo Militia Drug Dealer, plus a role in the future film “Blood Ties” as a brinks guard/stunt to be released next year. Thomas studies at The Actors Training Institute of New Jersey under the direction of teacher John Eyd.